Which Of Your Favorite Apps Are Built On React Native?

The digital world is constantly upgrading. A new framework is introduced almost every year. One that turns out to be more popular among developers is React. Let's go ahead and see which among the internet giants are using React.

Let's begin first by knowing the difference between ReactJS versus React-Native. Reactive-Native is a framework that allows you to build cross-platform mobile applications. A few contributors have also customized it to build Desktop apps for Mac and Windows. Whereas ReactJS on the other hand is a JavaScript Library for front-end web development used for building user interfaces and web applications.

Now that we know the difference between the two, here are some of the top companies who decided to build their apps on React-Native. Since we all know that React-Native is a mobile application framework created by Facebook. It shouldn't be a surprise that the company has been using it on their own app. It's truly a remarkable achievement by Facebook that what they have started as just one of their projects in 2013 has now become one of the most popular developing platforms. Fewer than two years later after Facebook open-sourced React-Native, Instagram engineers also started to think of implementing React Native to their app. Their main reason for choosing React Native is to allow their product teams to ship features faster through code sharing and higher iteration speeds. 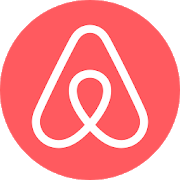 Airbnb is another company in 2016 who took a big bet on React Native. Since their mobile usage has increased from zero to milllions every year, they needed a good development platform – React Native to keep up with the accelerated pace of mobile usage. UberEATS is an online food ordering and delivery platform launched by Uber in 2014. The biggest challenge was that UberEATS needed to bring their Restaurant dashboard from web to mobile. And since the team already had great experience working with React, they decided to consider React Native. Bloomberg’s new consumer mobile app for iOS and Android was launched in 2016. React Native was considered by their engineering team as the first tool that truly delivers on the promise of cross-platform native app.

Also in 2016, Sound Cloud was building a mobile app for Creators. The main driver for SoundCloud to use React Native was the lack of enough mobile engineers to start their development on Native iOS and Native Android App.